If you are anything like Naruto Uzumaki, then school isn’t your favorite place to be. However, education because way easier if you have a teacher like Iruka watching your back, and one kid just found that out.

As reported by Sora News, a now-viral post out of Japan details one student’s fated Naruto lesson. A user by the name @2LQgeW9dKjvGR1b shared a cute exchange they had with their teacher, and fans are wondering if the student is being taught by Masashi Kishimoto.

After all, the teacher can definitely draw Naruto, and their take on Orochimaru looks like it came straight from the manga. 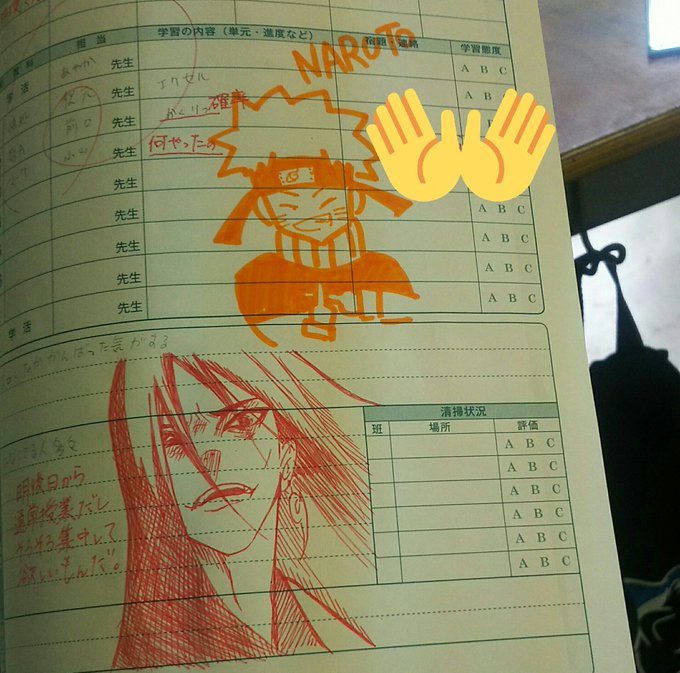 As you can see above, the student posted a photo of a record log they must keep for class. Instead of keeping a detailed record one day, the student in question skimped with their answer and gifted their teacher a drawing of Naruto completed entirely with an orange highlighter. The student had to turn in their log shortly after, but rather than knocking points from the assignment, the teacher fought back with a drawing of their own.

The sketch is plenty detailed, and its red ink makes the drawing all the more ominous. Orochimaru is seen wearing a rather stern expression, and the teacher left a note for the student with the sannin. “I’d like you to start concentrating a little more,” the blurb reads. 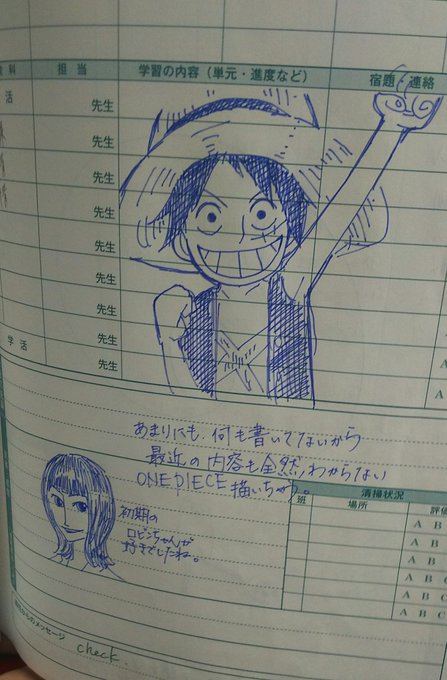 This is not the first time the student has tested the drawing skills of their teacher. The netizen revealed another sketch they did of Monkey D. Luffy from One Piece which he turned in. When they got the log back, a small portrait of Nico Robin was added to the bottom, and the student has since shared the P.E. instructors skills with the world.

So, isn’t it about time this teacher started their own manga? Let us know in the comments!

If you watch anime on Netflix, you might’ve noticed that the streaming giant has been doubling down more and more on the medium. The first real clue was their nabbing exclusive worldwide rights to shows like Little Witch Academia and Violet Evergarden after they originally aired in Japan. The second clue was their premiering shows like Aggretsuko worldwide and announcing back...

5 Reasons Why Naruto and Hinata Are the Sweetest Ninja Couple!

As a young artist inspired by Akira Toriyama and Katsuhiro Otomo, Masashi Kishimoto dreamed of being a recognized mangaka. Years later, he was able to publish a tale about a boy-fox in Weekly Shounen Jump. The rest, as we know, is history. Naruto consists in a 74 volume manga serialized through 15 years, a still...