If you watch anime on Netflix, you might’ve noticed that the streaming giant has been doubling down more and more on the medium. The first real clue was their nabbing exclusive worldwide rights to shows like Little Witch Academia and Violet Evergarden after they originally aired in Japan. The second clue was their premiering shows like Aggretsuko worldwide and announcing back in January they were going to fund anime production themselves by teaming with Attack on Titan parent studio Production I.G. 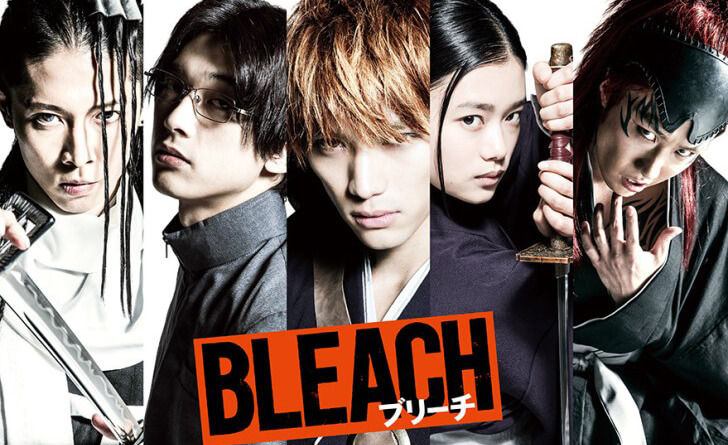 The third, and most surprising thing, is that they’ve also acquired worldwide streaming rights to theatrically released live-action remakes of popular manga and anime franchises (or picking up American remakes like the recent Death Note film). It’s surprising because remakes like that are typically thought of as a “fans only” affair. In the United States, live-action remakes might get a limited theatrical and Blu-ray release (complete with a live-action dub because you can’t sell films without English-language tracks at Walmart). They might even be screened at conventions, but that’s typically it.

That’s not how things played out with Bleach, though. While a live-action version of its Shonen Jump contemporary, Naruto, is still in production from Lionsgate, Tite Kubo’s Bleach (which concluded in 2016, with its anime adaptation wrapping up in 2014) got a live-action film this past summer. Directed by Shinsuke Sato (Gantz, I Am a Hero) and written by Sato and Daisuke Habara (and blessed by Kubo’s active involvement), the film premiered in Japan to strong box office returns and critical acclaim. Now that it’s on Netflix, the question needs to be asked: Was all the effort worth it? Is this a good film?

Fortunately, the answer is a resounding yes. 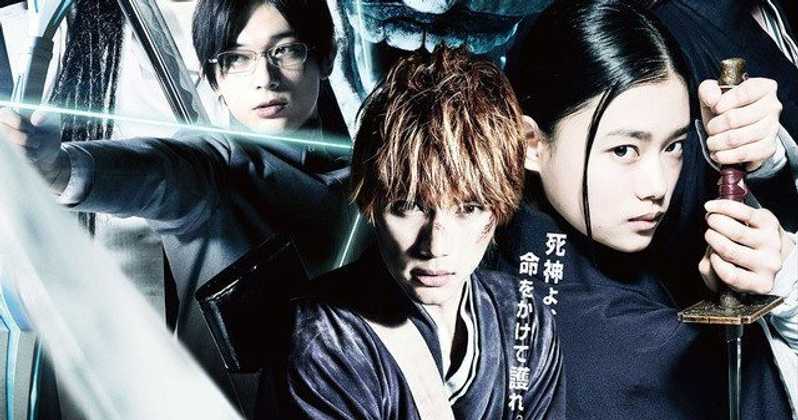 Unlike the Fullmetal Alchemist film, which attempted to combine several disparate plot threads only to deviate from them in favor of introducing an underwhelming original villain and finally sputtering to a disappointing end, Bleach goes the more direct route of focusing on just one arc. Specifically, the manga’s beginning arc, “Agent of the Shinigami” (or “The Substitute,” as Bleach‘s English licensor Viz Media calls it), though the film changes the details around to better suit a live-action movie. It’s a smart choice, and the film is infinitely better for it.

The beginning of the film is in keeping with the source material, with brassy teenage punk Ichigo Kurosaki (Sota Fukashi) beating up some other punks for disrespecting a memorial. Ichigo is acting on behalf of the child to whom the memorial was dedicated, a ghost only he can see. That night, he confronts the ghost, Rukia Kuchiki (Hana Sugisaki), as she enters his room.

Confused that he can see her, Rukia explains that she’s a Soul Reaper, a warrior tasked by the afterlife-based organization Soul Society (which is also the name for the afterlife itself) with tracking down both souls who haven’t moved on and Hollows — monstrous souls who died with unfinished business or grudges and morphed into monsters. Rukia exorcises these souls and sends them on to the beyond.

When a Hollow bursts through his house and threatens his family, injuring Rukia in the process, Ichigo winds up agreeing to take some of Rukia’s Soul Reaper power for himself. For whatever reason, he winds up absorbing it all, easily defeating the monster but leaving Rukia powerless and unable to return home. 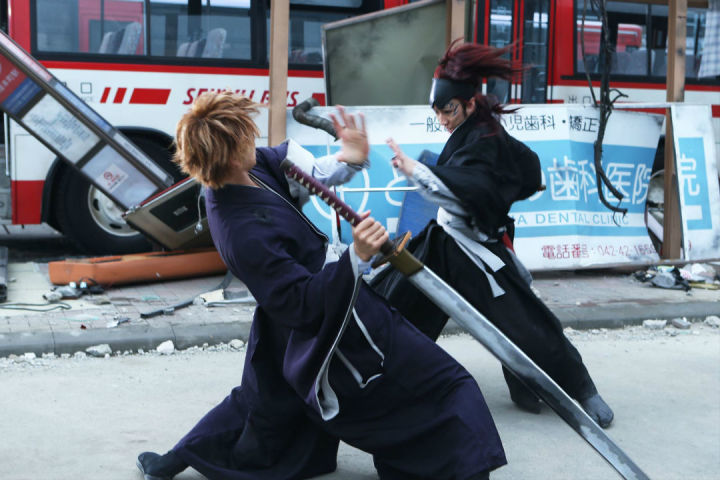 With no Soul Reaper for Ichigo’s home of Karakura Town, Rukia tells him he needs to train and hone his powers to exorcise Hollows so that he can gain enough spiritual power to transfer Rukia’s powers back to her. While they work on that (resulting in some hilarious training montages), they’ve got more Hollows to contend with, as well as Uryu Ishida (Ryo Yoshizawa), the last of a Hollow-killing tribe of humans called the Quincy, and Rukia’s fellow Soul Reapers Renji Abarai (Taichi Saotome) and Byakuya Kuchiki (Miyavi).

This is largely faithful to “Agent of the Shinigami,” with the big changes being the introduction of Renji and Byakuya earlier as secondary antagonists. Also altered is the length and location of Ichigo’s fight against Grand Fisher. In the manga and anime, Renji and Byakuya show up after Grand Fisher has already been defeated.

Similarly, the fight with Grand Fisher has been made much more epic and broad in scope, as opposed to the more personal battle it was originally. In the manga, Ichigo confronts Grand Fisher, who had a part to play in his mother’s death, in a rainy, one-on-one fight at her graveyard. The film makes it a much larger battle, with Fisher wreaking havoc on downtown Karakura Town. Uryu plays a role in the fight, and Ichigo’s classmates Yasutora “Chad” Sado (Yu Koyanagi) and Orihime Inoue (Erina Mano) come along for the ride, too. 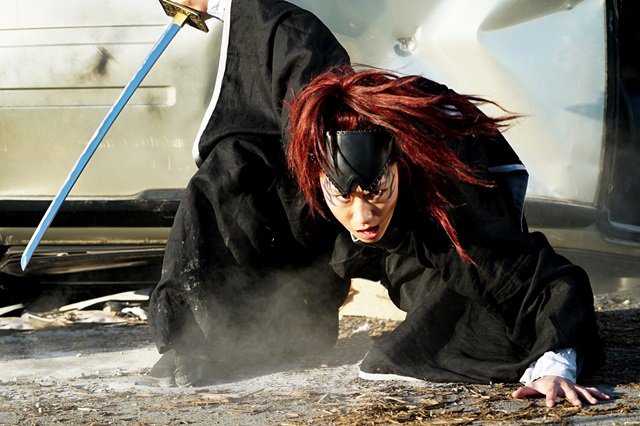 Combine faithfulness and smart additions to the story with a cast that just gets these characters (Saotome, Miyavi and Fukushi in particular nail all their scenes), and you’ve got a recipe for success. Add in smart direction and fight choreography by Sato (who has a background working on the Tekken fighting game franchise), as well as costuming and CGI that isn’t embarrassing and you have a fun, exciting standalone film.

The film’s full title, Bleach: The Soul Reaper Agent Arc, and its last scene seem to lay the groundwork for a future sequel. If it’s as good as this one, it will be one worth eagerly waiting for.

We are excited about our New Arrivals!

We are excited about our New Arrivals! You will love this cool anime merch! Check out new products that already are waiting for you in our store!   Now we have New Merch: Naruto, One Piece, Kill La Kill, Neon Genesis Evangelion, My Hero Academia merch – figures, clothing, jewelry, cosplay costumes and lamps.  ...

If you are anything like Naruto Uzumaki, then school isn’t your favorite place to be. However, education because way easier if you have a teacher like Iruka watching your back, and one kid just found that out. As reported by Sora News, a now-viral post out of Japan details one student’s fated Naruto lesson. A user by the...