Go Back to Shop All CategoriesAll PostsBlogFunNewsQuizzes
HomeBlogFun5 Reasons Why Naruto and Hinata Are the Sweetest Ninja Couple!

5 Reasons Why Naruto and Hinata Are the Sweetest Ninja Couple!

As a young artist inspired by Akira Toriyama and Katsuhiro Otomo, Masashi Kishimoto dreamed of being a recognized mangaka. Years later, he was able to publish a tale about a boy-fox in Weekly Shounen Jump. The rest, as we know, is history. Naruto consists in a 74 volume manga serialized through 15 years, a still ongoing anime, several movies and even sequels about the protagonist’s son. So we still have Naruto for a long time, as the ever changing dynamics of the Konoha ninja village resist the boredom test. Because, what can have more action and adventure than a ninja world?

Still, Naruto is also a success because love and friendship are an important human aspect of the story. Our male lead is charismatic and funny to be around with, so, it’s impossible for us fans, to not succumb to his positive vibes. Of course he used to be young and naïve when he had an unrequited crush on his classmate Sakura. Who haven’t had an experience like that in our tender years? But time made him grow and slowly realize there was a wonderful lady waiting for him, not so far from where he actually was: the shy Hinata.

These two went through a lot of things before having the happy ending they deserved. There even were moments where it looked like fights, misunderstandings and the ever present insecurities and flaws of the human beings were going to keep them apart. But, they succeeded and even raised a family together! So, how did they do it?

Without further ado, let’s remember the best moments in the story of Naruto and Hinata, the sweetest ninja couple ever!

1. Because Naruto is a Protective Boy 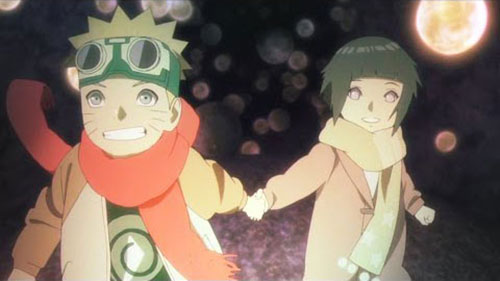 Our couple met in their early childhood days, on a particularly cold day when school was starting. Hinata was being molested by several boys older than her, and Naruto didn’t think it twice to intervene. He ended up beaten, but this act impressed Hinata so much that she started feeling admiration for Naruto from that day on. As for him, he never stopped being a good friend, always protecting her when it was needed.

Fast forward to some years later, when Naruto was being defeated badly in the battle against Pain. Here, Hinata bravely protected him even when she knew her abilities didn’t match those of the enemy, and even confessed her love for him. An orphan always ostracized and desiring precisely to be loved, Naruto reacted when our heroine was injured, so he defeated Pain by setting Kurama free (the nine-tailed fox that lives inside him). Still, Naruto was horrified at the possibility that Kurama might have killed Hinata and the villagers of Konoha in the process. Fortunately, everything ended up well and he cried when he realized he was able to protect everyone, what a sweet guy!

2. Because Hinata is a Faithful Girl 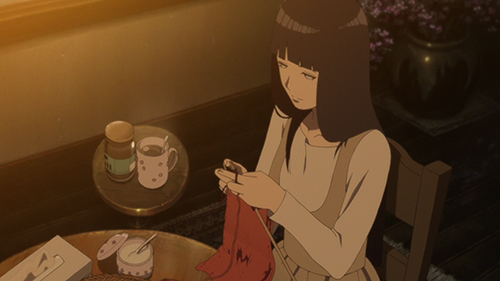 When Naruto helped Hinata that first day of school, his characteristic scarf was damaged in the process. He gave it to her, and since then, she kept it as a valuable memento. Then, when they grew up, she made another scarf for him, but being the shy and confrontation-averse girl she is, she could not deliver the present. Neither does it help that Naruto became popular with girls when his victories as a ninja started going around the village.

To complicate things more, when Naruto acquires a scarf that belonged to his mother and started wearing it in public, Hinata thought another girl was in his heart, and grieved heartbroken  But, she jumped too quickly into conclusions, right? So, take close note, boys and girls. If you are interested in someone, don’t imagine things up, don’t assume anything. Just ask if they have someone in their hearts! Even if it is scary to know, it is better than grieving for an uncertain fact.

Anyway, going back to our couple, the scarf ended in Naruto’s neck… only to magically show him Hinata’s memories about how much and for how long she has loved him. So, this was a proof that our girl was a faithful lady who deserved to be loved back!

3. Because Admiration Grew into Love 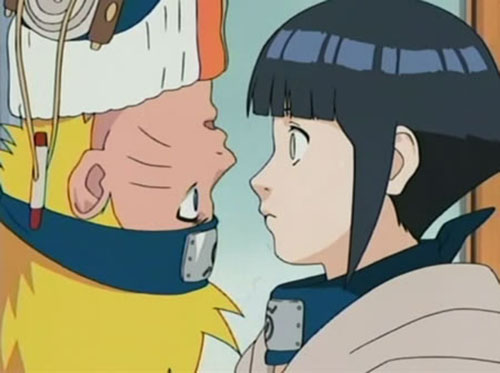 So by now it’s clear that the relationship between Naruto and Hinata started with admiration. We also must notice how their different personalities complement each other: Naruto as the extravert guy and Hinata as the introvert. But at the same time, there is a common ground for them of being looked down and ostracized.

In the case of Naruto, he was seen as a menace because of the violent and powerful Kurama inside of him. At first, the Konoha villagers do not make any distinction between him and the nine-tailed fox. As for Hinata, she was supposed to be the heiress of her clan, as she was the chief’s eldest daughter. But because of her shy character and lack of confidence, she lived under the shadow of her more combat savvy sister Hanabi.

Thus, Hinata was quite impressed by Naruto’s desire of being acknowledged, for his confidence in himself, and overall positive character despite the most adverse circumstances. This greatly influenced how she grew up, adopting Naruto’s principles as life mottos to improve herself. So, we can see here how healthy relationships throughout the years can become the strongest of loves!

4. Because They Encourage Each Other

At school, and later in battles, Hinata was always there for Naruto, and Naruto was there for her. For example, in the Chuunin exams, they were sitting together for the written test and she offered to help him cheat (that’s wrong but cute). Also, Naruto encouraged Hinata to not give up against her cousin Neji. Although she was defeated in the end, when it was Naruto’s turn to fight against Neji, she was capable of overcoming her shyness to tell him that she admired his perseverance. This was the first time that he saw her in a different light other than “weird”.

Hinata became a capable ninja when she grew up, sometimes accomplishing missions with her own team or even alone. Nevertheless, she keeps reminding Naruto to never give up when he is about to just do that. For example, at the Fourth Shinobi war, where Ten tails was confronted. Naruto had to participate, as he is responsible for Kurama (the nine-tailed fox, in case you don’t remember). Hinata’s clan rushed to the battle in order to fight by his side, despite that the confrontation was brutal. Neji and other great warriors died, but Hinata was a crucial piece to the victory, as Naruto and her shared their powers and wills in the most epic scene ever!

5. Because They Accomplished Missions Together 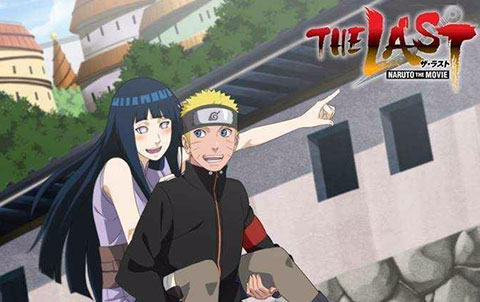 So, our ninjas live a life of rescuing missions and battles with more and more powerful enemies. But there are certain moments to relax too. It’s in one of such moments, shown in The last: Naruto the movie, that Hinata and her admired favorite guy grew closer.

As the scarf showed how much Hinata has done in the past and how she’s been a source of happiness and encouragement for him, Naruto starts to be even more protective towards her. He also shows more interest in her thoughts, as she is worried about her sister Hanabi, who is the rescue objective of the movie.

Naruto finally confesses to her in a beautiful night scene with fireflies and kisses her after saving the Earth together once more (yay!). What can bring more joy than to finish your ninja mission with a victory? Remember kids, couples that save the Earth together, are meant to be the sweetest ones!

Throughout its long narrative, Naruto shows us how positive values and constancy can overcome any obstacle, and that the biggest obstacles tend to be inside of you. In the case of Naruto, Kurama can be seen as a metaphor for raw or violent instincts that have to be acknowledged to be controlled. In the case of Hinata, low confidence on her own abilities were blocking her way to greatness. So, even if you are an ostracized guy or a low self-esteem girl, all you need is time and to never give up, so people, be patient with yourselves! Hard work finally gets its reward! And in the case of our couple, the reward was the sweetest ninja love ever, which overcame jealousy, insecurities and enemies alike!

Which are your favorite Naruto and Hinata moments? Which other Naruto couples would you like to see on this section? We are open to all your comments and suggestions!

If you are anything like Naruto Uzumaki, then school isn’t your favorite place to be. However, education because way easier if you have a teacher like Iruka watching your back, and one kid just found that out. As reported by Sora News, a now-viral post out of Japan details one student’s fated Naruto lesson. A user by the...

There’s nothing we love more than a great hero to admire in anime and manga. Each plot might be full of trials (related to combat, relationships or otherwise!), but it’s precisely because our protagonists are so great of heart that it’s possible to put our trust in them – no matter how bad things get....