Go Back to Shop All CategoriesAll PostsBlogFunNewsQuizzes
HomeBlogAll PostsIs This A Pigeon? The Story Behind the Internet’s New Favorite Meme

Is This A Pigeon? The Story Behind the Internet’s New Favorite Meme

The Brave Fighter of Sun Fighbird was created to be the Japanese version of Transformers: all androids, intergalactic police forces, and merchandise opportunities. First broadcast 25 years ago, it has never been especially popular outside of Japan, but recently it has become responsible for one of the most popular images on the internet, posted to Twitter and Instagram thousands of times a day. 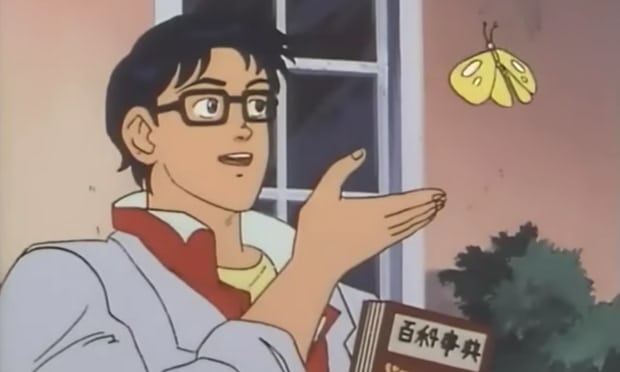 The image comes from a scene in the show where an android is trying to convince a police detective that he is human. He’s a long way from Westworld standards of artificial intelligence, however, and keeps wrongly identifying the objects around him. He thinks roses are violets, and asks if a butterfly is a pigeon.


A screengrab from that scene first appeared in 2011, mostly on Tumblr and anime forums. Back then it was primarily used for anime in-jokes, such as superfans mocking each other for misidentifying Pokémon. But in the last couple of months it’s gone mainstream. The meme has become extremely popular – new iterations are being created constantly, with some of the best going viral on social media, or trending on the meme libraries. 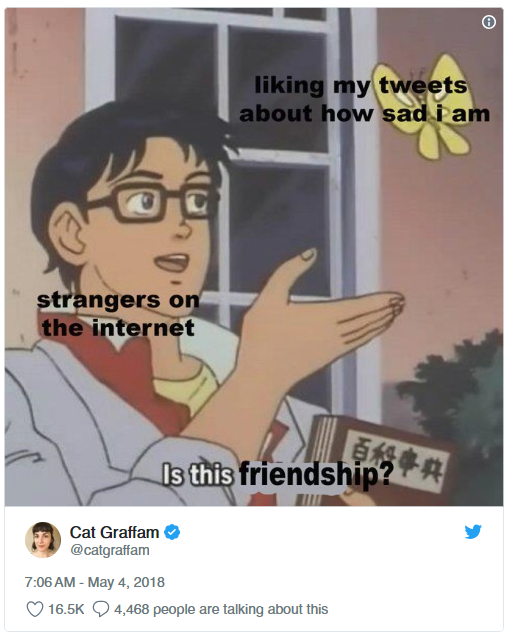 After the official Netflix account used the meme to comment on the questionable casting of actors in high-school dramas, its popularity soared. 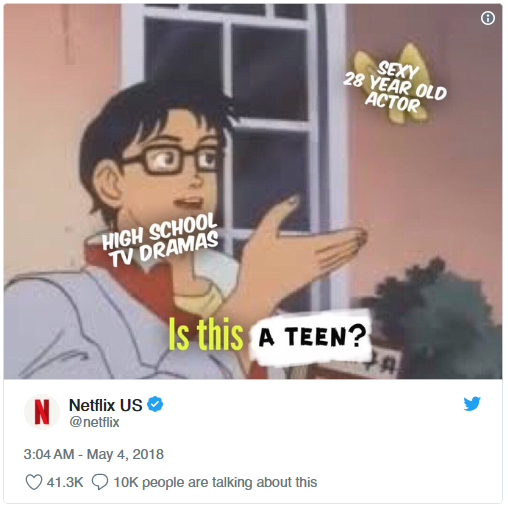 But what’s so special about this picture? He’s just a boy, standing in front of a butterfly, asking if it’s a pigeon.

Some have said the meme has a melancholy quality; some iterations involve mistaking likes on Twitter for friendship, while others joke about “buying expensive things with money I shouldn’t spend” in a quest for self-care. It was also suggested that the meme acts as a window into people’s psychology, and “could help demystify the process of dealing with depression and other mental health issues”.

But the truth is that, like any memetic form, it can’t be contained to a single topic. It’s already been adopted by the left and right, feminists and “incels”, and used to comment on everything from Ohio environmental politics to rape culture. 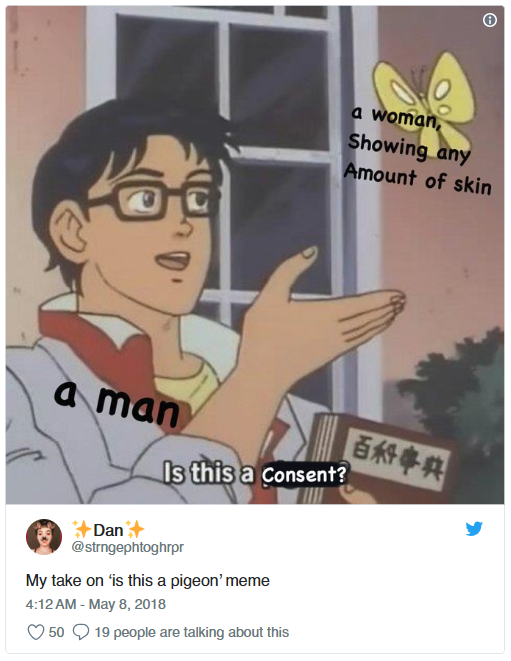 This sudden popularity is probably down to its similarity to the “distracted boyfriend” stock image that has been doing the rounds since last year. 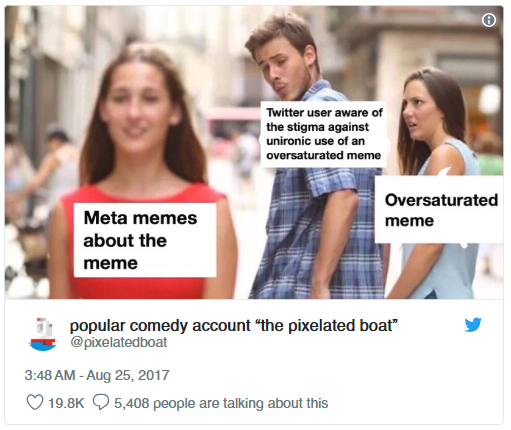 Previously, most memes consisted of ugly text laid over a single image, making it easy for anyone to adapt. But distracted boyfriend created the feel of a comic strip – making it enormously popular and spawning a whole new genre of meme.

Finding an image that can tell a story so perfectly isn’t easy, but “is this a pigeon?” fits the bill, which is likely why it remerged. It also helps that anyone with the most slapdash editing skills can give it a go. 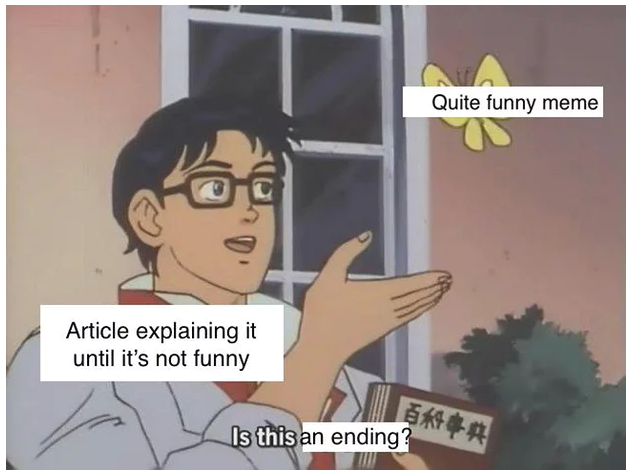 6 Reasons Sports Fans and Anime Fans are the Same Thing

Naruto is loved by both children and adults around the world. And now it is more than just a manga which it was in the first place… Today, people perceive Naruto as anime series, films, cosplays and even the culture. But there’s something new appeared – a dance! We watched O-DOG crew’s performance at Arena Dance...