Go Back to Shop All CategoriesAll PostsBlogFunNewsQuizzes
HomeBlogAll PostsThe Girl and the Vending Machine, and 6 Other Weird Anime Love Stories

The Girl and the Vending Machine, and 6 Other Weird Anime Love Stories

We live in a wonderful age where love can sprout between any combinations of gender, sex, race, age, nationality, etc. Leave it to anime to take this just one step too far and end up right in the land of the bizarre. Many anime out there celebrate the love between any gender (even if some of it leans towards the creepy rapey side). But the anime below ask, well if a woman can fall in love with another woman, why can’t she fall in love with the soul of a samurai trapped inside a vending machine?

On one hand, we have to tip our hats to anyone so accepting of love in many different shapes and sizes. On the other hand, well, these relationships between people and things can vary from being downright weird to oddly charming.

Here are 7 bizarre love stories we dug up from the world of anime. 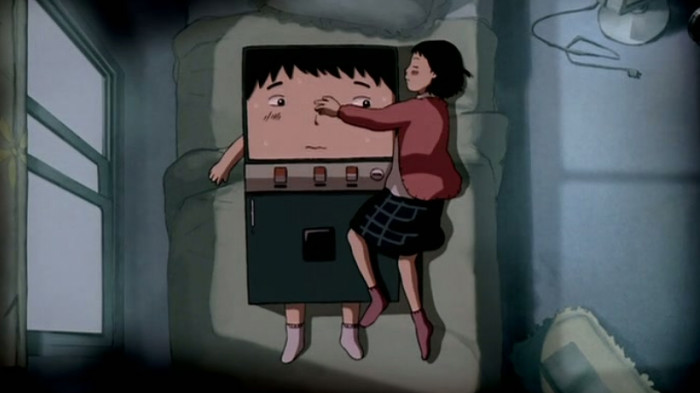 What, did you think we were kidding before? We couldn’t come up with this stuff. In Coffee Samurai, college student Hemi falls in love with Jin… who happens to be a coffee vending machine. But Jin isn’t just any vending machine: he is a samurai from the Sengoku period (14th – 16th century). The story manages to be weird and endearing at the same time, with both protagonists coming off as quirky and likable, a feat that some non-vending machine anime characters have trouble with. 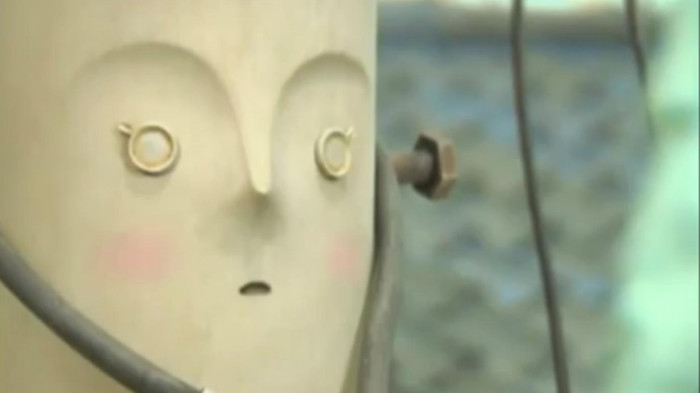 It’s one thing for a human to fall in love with an object, but what happens when an inanimate object becomes obsessed with a human? Elemi is the story of a telephone pole in pre-cellphone Japan who falls head over heels (so to speak) with an electrician named Mr. Takahashi. Her infatuation leads to her desperate attempt to contact him, which she does by calling him up and pretending to be human. Unfortunately, this kind of interaction between power poles and humans is forbidden, and Elemi must stand trial for her actions in court. It’s an allegorical tale that’s immensely relatable, despite the physical form of the characters involved. 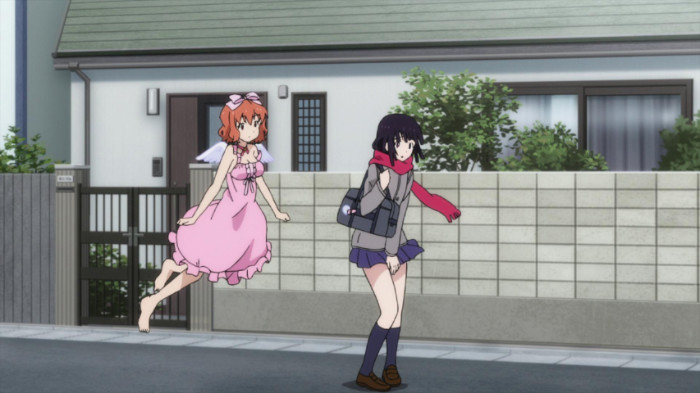 This anime follows Mitsuki Kanzaki, who must adjust to living with a new family. Turns out that’s the least of Mitsuki’s problems when she’s possessed by the ghost of a girl who was madly in love with a boy. A boy who now happens to be Mitsuki’s step-brother. To help the ghost move on, Mitsuki has to engage in sexual acts with her step-brother. Yes, we realize it’s just an excuse for some step-sibling incest, and yes, we realize the West has its own version of the story with Ghost, but at least there’s no familial ties in Ghost, and only one awkwardly sensual scene. 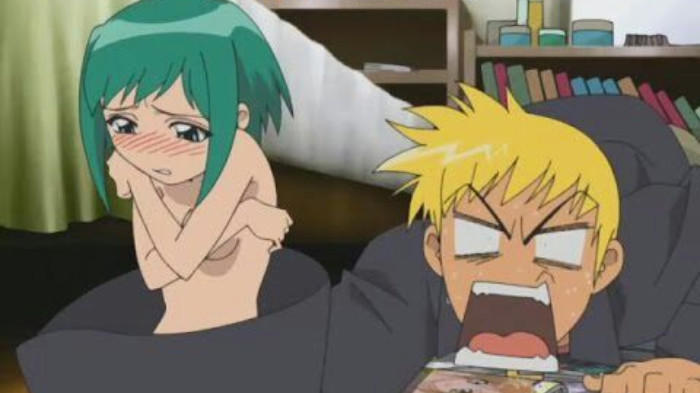 Seiji Sawamura is an outcast, a wild guy who’s feared by all. Even when he tries to act kind, girls are afraid of him because of his reputation, making it hard for him to get a girlfriend. Little does he know that watching all this is the sweet and soft-spoken Midori Kasugano, who is deeply in love with him. That is, until he wakes up with Midori literally living as his right hand. As in, a tiny girl emerges from his arm instead of his hand. Midori Days follows this bizarre relationship as the two try to get Midori back to normal, and grow closer as a result of literally being connected. It should be weird, it should be awkward, yet somehow, this is one of those bizarre anime love stories that end up being oddly endearing. 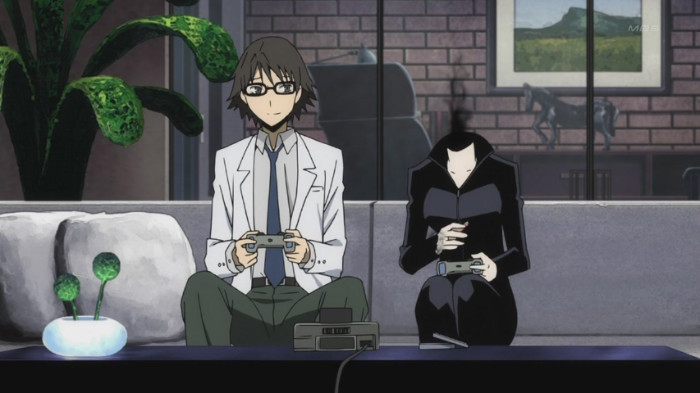 Celty Sturluson and Shinra Kishitani have an interesting relationship, to say the least. As a man of science, Shinra sees Celty as a medical oddity, but from the very beginning there is clearly more to the relationship than meets the eye. Somehow through the magic of Durarara!! the way the two co-exist seems completely normal, making us almost forget that Celty is the spirit of the dead, and oh yeah she has no head. Just a minor detail.

Man & Physical manifestation of the sea 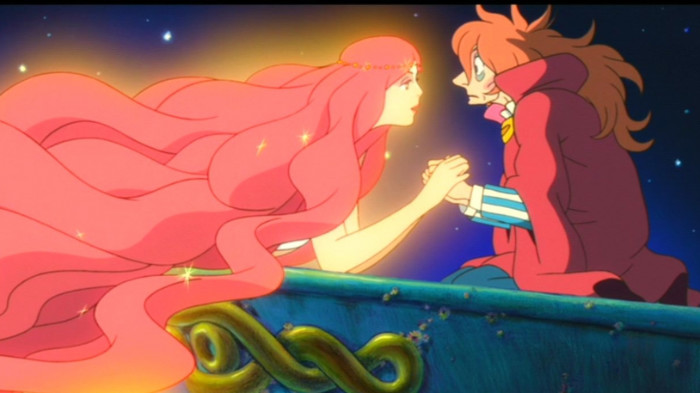 Ponyo is a charming movie about a little fish girl discovering the wonders of the human world — a level of fantasy and innocence that we’ve come to expect from Studio Ghibli. And although humans and mermaids co-mingling is a well-treaded path, there’s one relationship in the movie that’s a bit more on the bizarre side than we’d expect: that of Ponyo’s father and mother. Fujimoto is in a relationship with Granmammare, a physical manifestation of the sea. She can make herself relatively human-sized but most of the time she is a larger-than-life goddess of the sea; she is the sea. In a way, Ponyo shows that love has no boundaries. 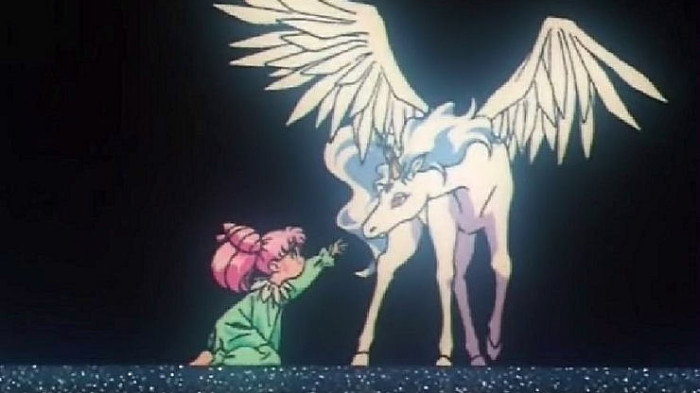 The Sailor Moon series has some unconventional characters, but SuperS dips its toes in the bizarre with the relationship between Chibiusa and Helios in his Pegasus form. The two experience tender moments together to the backdrop of a sad love song, and even share a kiss. While much of this takes place in a dream sequence, it’s still a bizarre sequence that portrays love between a winged horse and a 10-year-old girl.

If you know some more weird love couples from anime – feel free to share your knowledge in the comments!

15 Things That Make No Sense About Naruto

Naruto is one of the most popular and commercially successful anime of all time. The series has spawned countless movies, video games, and even fashion products as it has marched towards a position of global recognition. Now, as the sequel series Boruto continues, seems like as good a time as any to talk about the fan-favorite series from a slightly...

15 Inspirational Anime Quotes To NEVER EVER GIVE UP