Banana Fish is a modern anime adaptation of a 1980’s manga – and it’s one of the boldest, most intense shows to air in 2018. Ash Lynx is a 17-year-old gang leader whose violent childhood has made him into a cold, ruthless criminal. He stands to inherit a mafia syndicate from Papa Dino, a man who once forced him into human trafficking – but when Papa Dino gets ahold of the substance that drove Ash’s brother insane, Ash goes his own way. With the mafia at his heels, it doesn’t seem like he has any room in his life for genuine human connection – but when Eiji Okumura enters his life, he might just have to open his heart.

With only 25 episodes, there just isn’t enough Banana Fish for many fans. While you can totally go ahead and read the classic manga, you can also watch anime similar to Banana Fish. What you liked about the show will help determine which anime like Banana Fish you should aim for. Did you enjoy its focus on gang warfare? Watch 91 Days or Gangsta. Looking for anime with a powerful focus on the love between two men? Try Yuri!!! on Ice or No. 6.

If you’ve seen any of the Banana Fish recommendations described below and think that they’re a good next watch, vote them up to help out fellow fans. 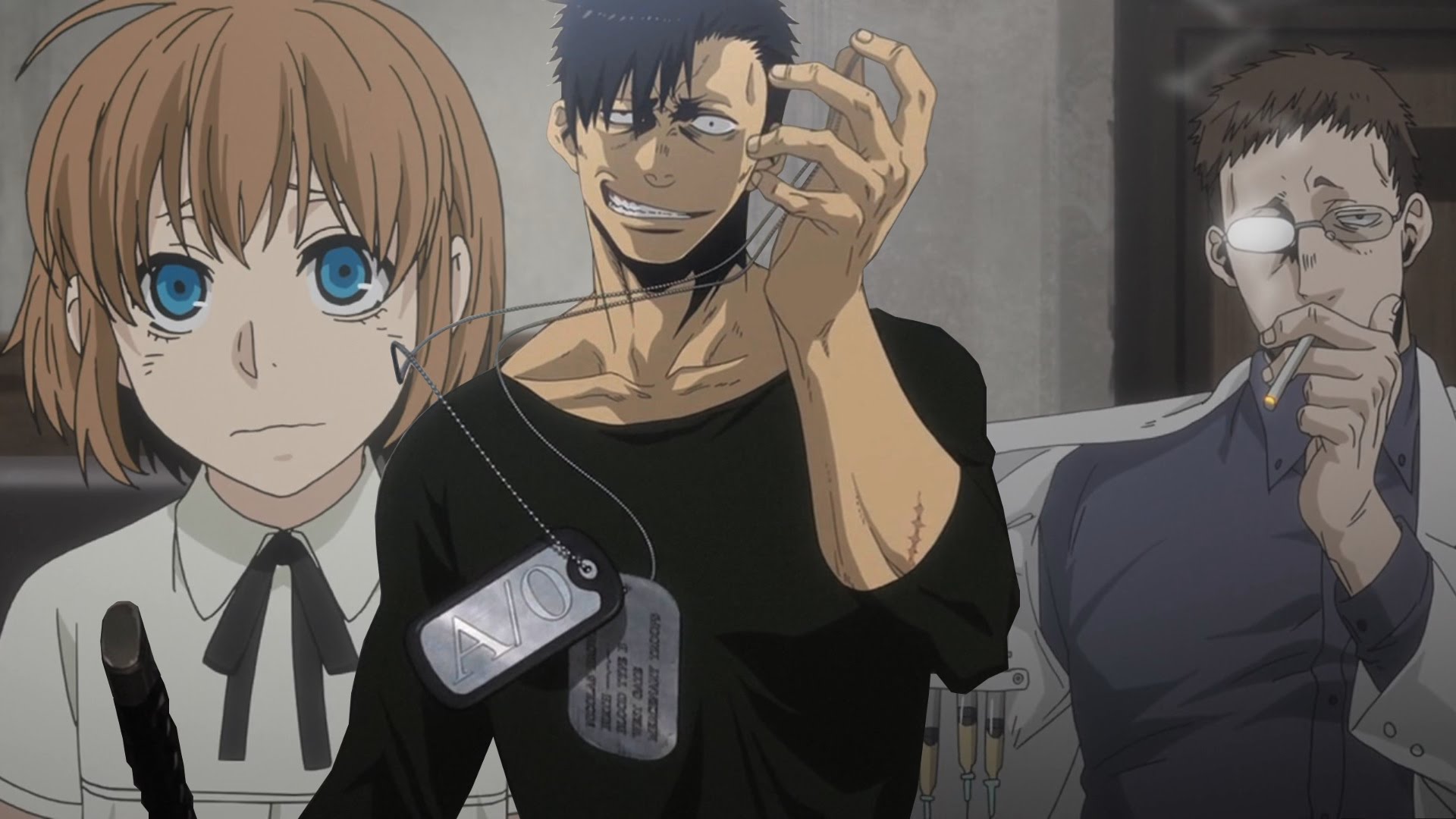 Gangsta is a story about people who live on the margins. The characters are sex workers, gang members, and “Twilights” – people whose parents took an illegal drug that gives them incredible strength, but also leaves them dependent on those drugs to survive, and damages their bodies. Banana Fish also deals with some of the same illicit themes – including a designer drug called Banana Fish that infiltrates every aspect of the story. 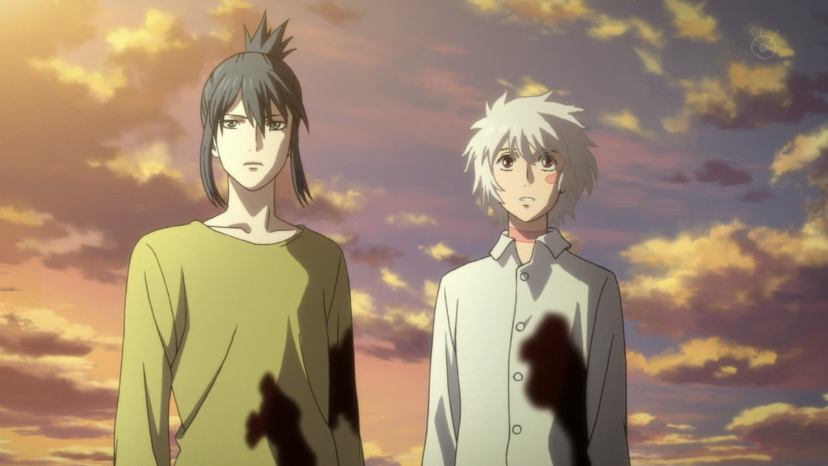 In both No.6 and Banana Fish, two young men from wildly different worlds meet, and over time they develop a serious relationship. The one whose life has been largely trouble-free gets drawn into a dangerous world outside of his own protected one, but finds that he feels truly alive this way – meanwhile, the one who has always lived a life of chaos and strife finds himself loosening his armor a little and letting the other into his heart. The actual circumstances of the characters lives are different, but their emotional arcs are the same. Zenji Banba is a detective whose job is to interfere with hitmen before they can make their move. Xianming Ling is a cross-dressing hitman who is fed up with his employers not paying him. When he’s assigned to take out Banba, he does the unexpected and asks Banba to join forces with him. These violent themes, combined with the deep character work and Ling’s painful past, make this series an excellent next watch for fans of Banana Fish. 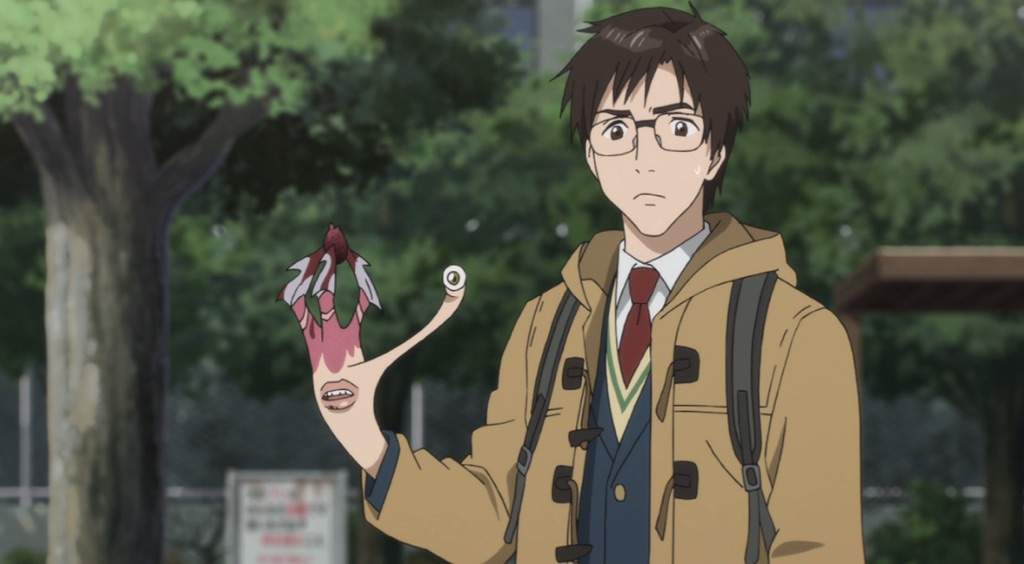 Parasyte: The Maxim and Banana Fish are both modern adaptations of manga that originally came out in the ’80s. That means that both of them have an old-school vibe that isn’t usually found in newer anime. Besides the series’ origins, both of them feature a teenage protagonist who is embroiled in something far bigger and far more dangerous than they can imagine. Both of them also experience dramatic personality changes – Ash starts the series hardened by trauma, and part of his character arc involves learning to open up and be vulnerable despite potential risks. Meanwhile, Shinichi begins the series as an ordinary person with ordinary fears, but a combination of repeated battles and being infected with a parasite makes him unable to feel emotions or connect with people – leaving him with the same problem that Ash has.

If you’re looking for something that’s similar to Banana Fish in plot or in tone, move along to one of the other suggestions – Yuri!!! on ICE doesn’t deal with any of the gritty content that Banana Fish does. However, the reason that some people gravitate toward Banana Fish specifically, as opposed to other shows with equally dark themes, is that it focuses on a romantic relationship between two young men. If you loved Banana Fish for its queer love story but don’t want to deal with drug dealers and mafia conflicts, try this heartwarming alternative from the same studio. 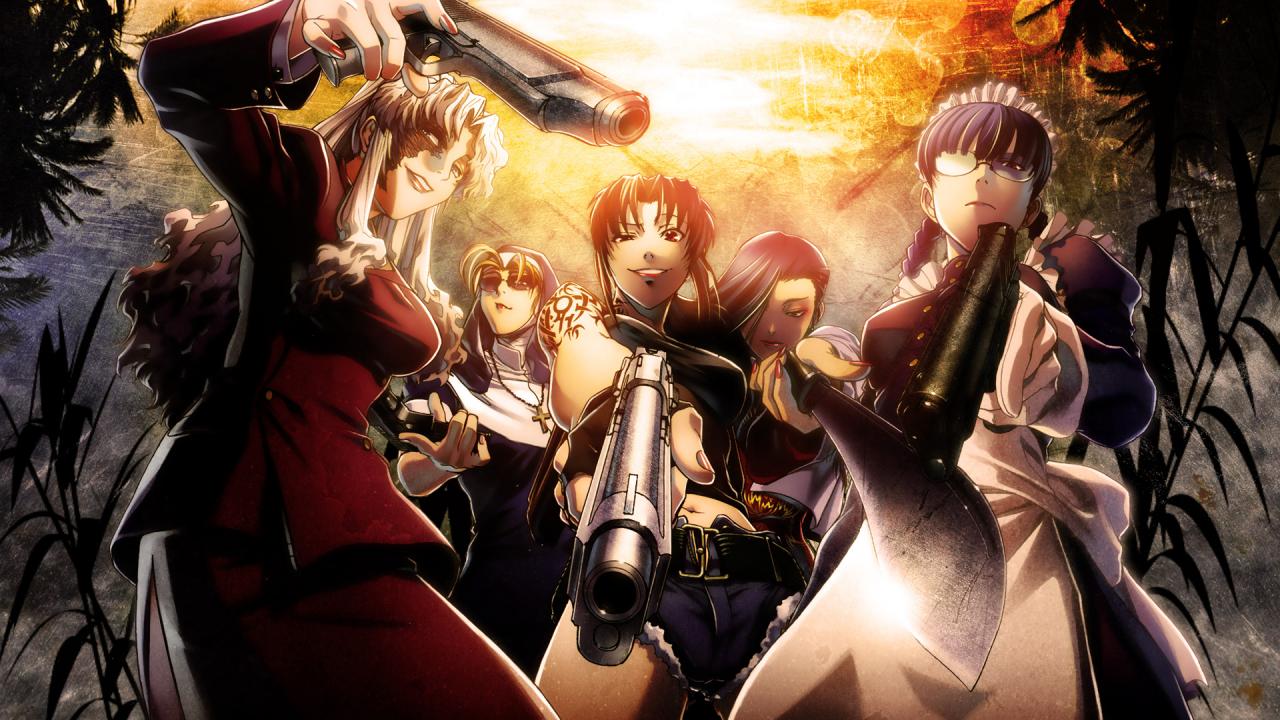 Black Lagoon follows Rokurou Okajima, a Japanese businessman who travels to Thailand and gets kidnaped by a group of mercenaries called Black Lagoon. He finds himself getting drawn into their world and becoming an integral part of the group. Adapting isn’t easy with fellow mercenaries this bloodthirsty, but he tries his best. Banana Fish also features an innocent Japanese man being drawn into a den of corruption in a foreign country – and coming out of it a stronger person than he used to be. If you haven’t already seen Baccano! make it a priority – especially if you’re a fan of Banana Fish. Both shows take place in the USA, and both deal heavily with the mafia. Also, both of them center around a mysterious substance – the titular Banana Fish is a drug that can drive a person insane, while Baccano! features an elixir that can make people immortal. 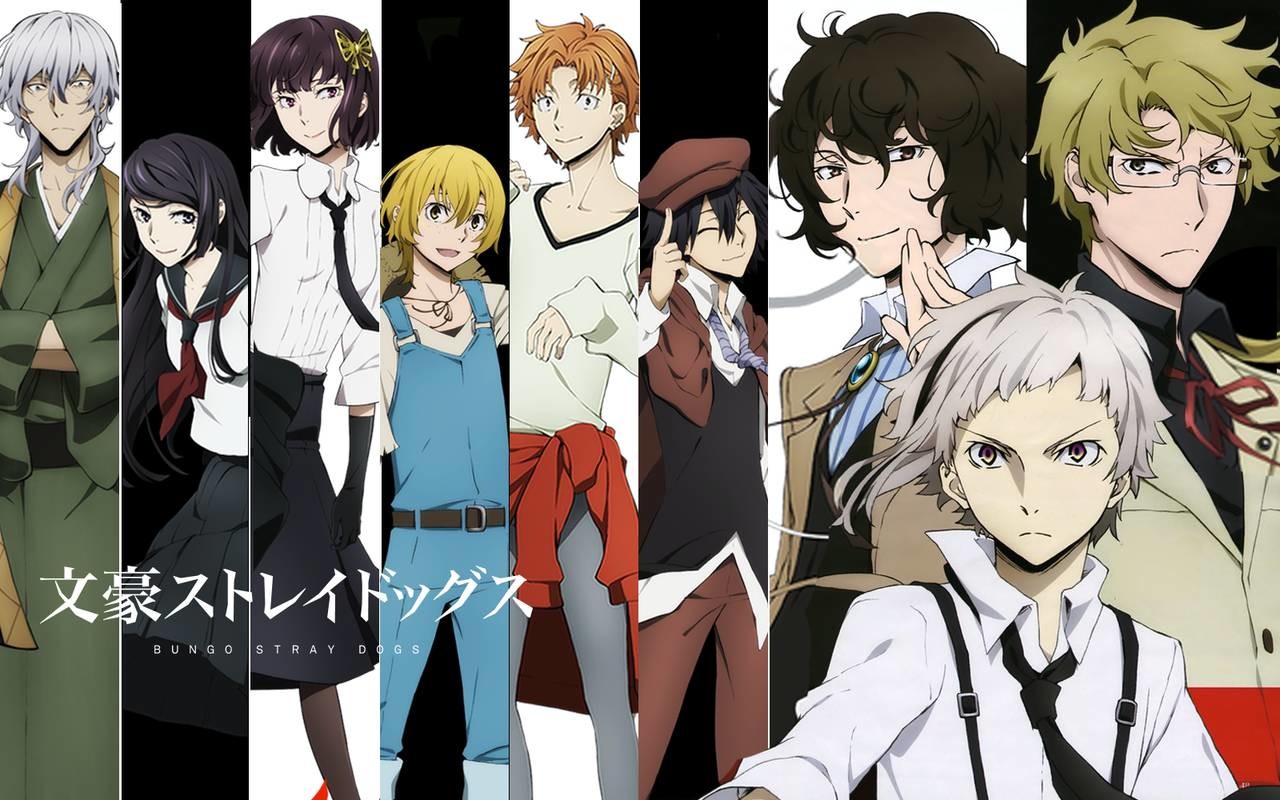 Bungo Stray Dogs follows the Armed Detective Agency, a group of highly skilled individuals who all possess literary-themed powers that help them solve cases, many of which pertain to the Port Mafia. Though Bungo Stray Dogs approaches the subject with a slightly lighter touch than Banana Fish, both series deal with some serious gang warfare.

Also, the characters in anime with gritty storylines sometimes have equally gritty appearances. If you appreciated the dark subject matter of Banana Fish but also appreciated Ash and Eiji’s good looks, there’s more where that came from in Bungo Stray Dogs. 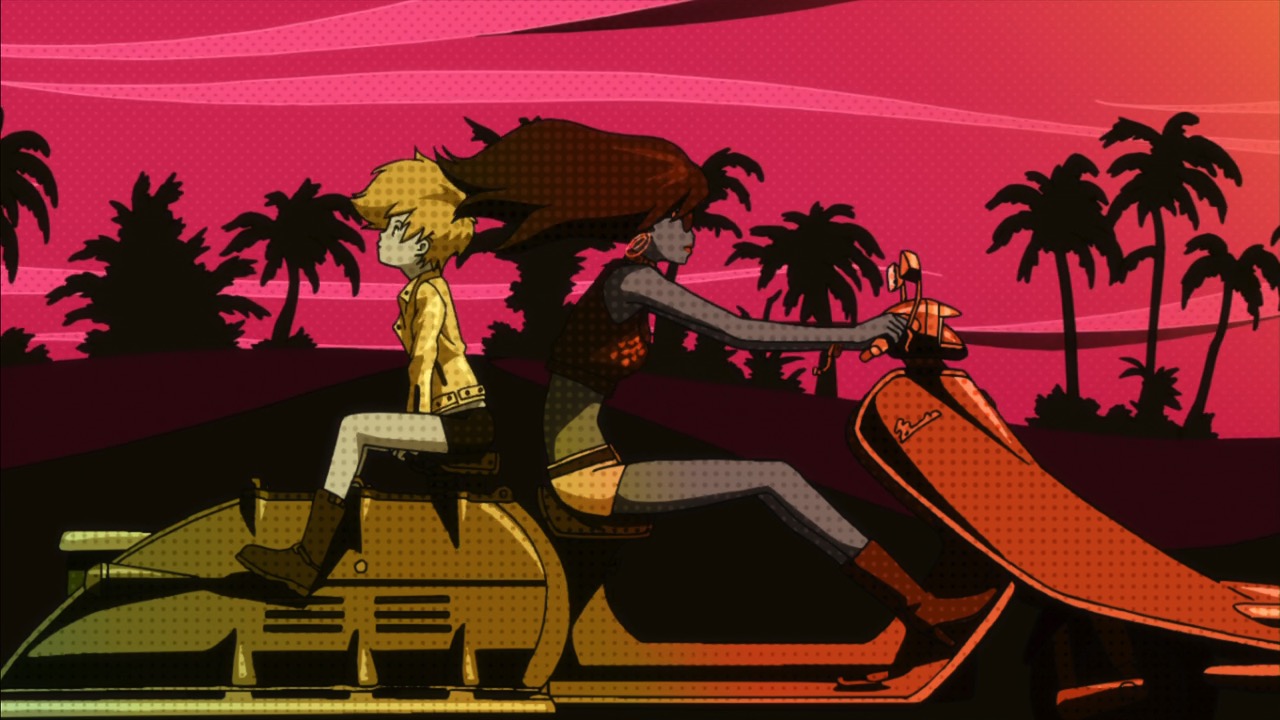 Michiko & Hatchin follows a young woman and her daughter as they try to find the little girls’ estranged father – oh, and did we mention that Mom broke out of jail and drove her motorcycle through the wall of her daughter’s foster home to start the journey? Like Banana Fish, Michiko & Hatchin deals with gang warfare in a country other than Japan, and features one character who is used to living on the wrong side of the law forming a bond with one who has always been “good.” It’s a wild ride, and well worth the watch. 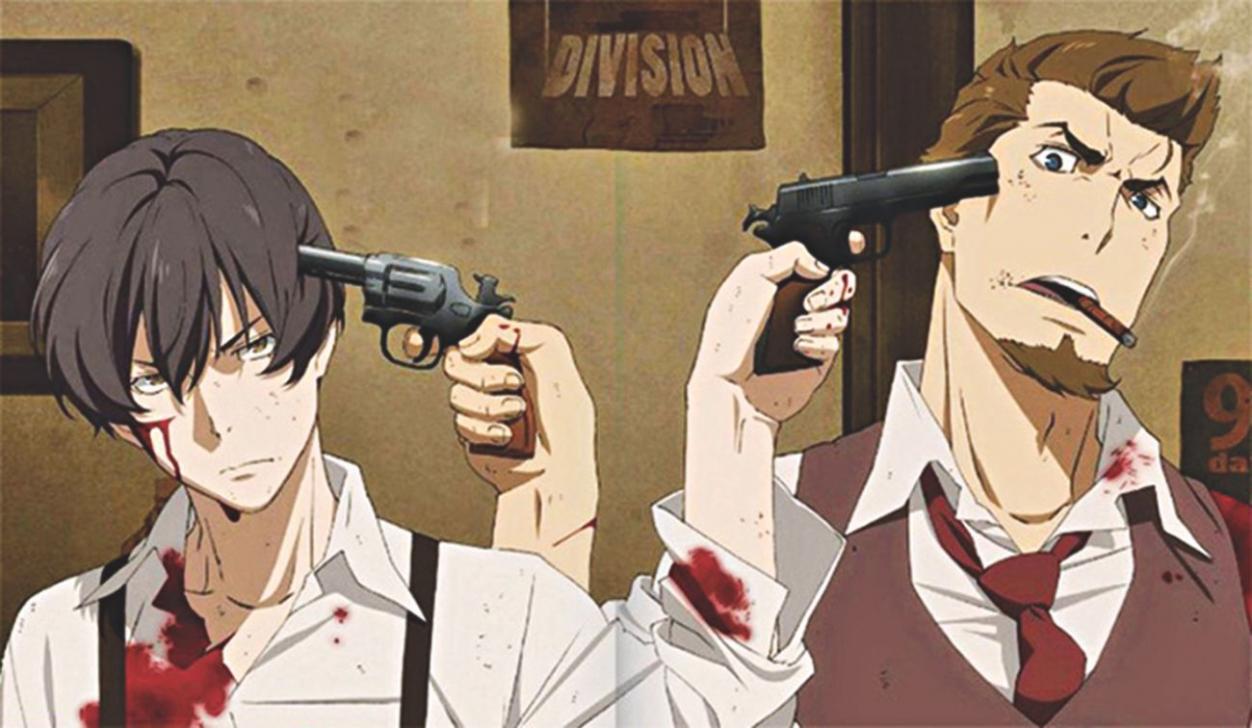 If you’re looking for another mafia anime with themes of revenge that’s set in the USA, look no further than 91 Days. Angelo Lagusa lost his entire family at the hands of the Vanetti mafia family and is forced to flee and change his identity. Under his new name, Avilio Bruno, he finds and eliminates the men who were involved in his family’s demise. 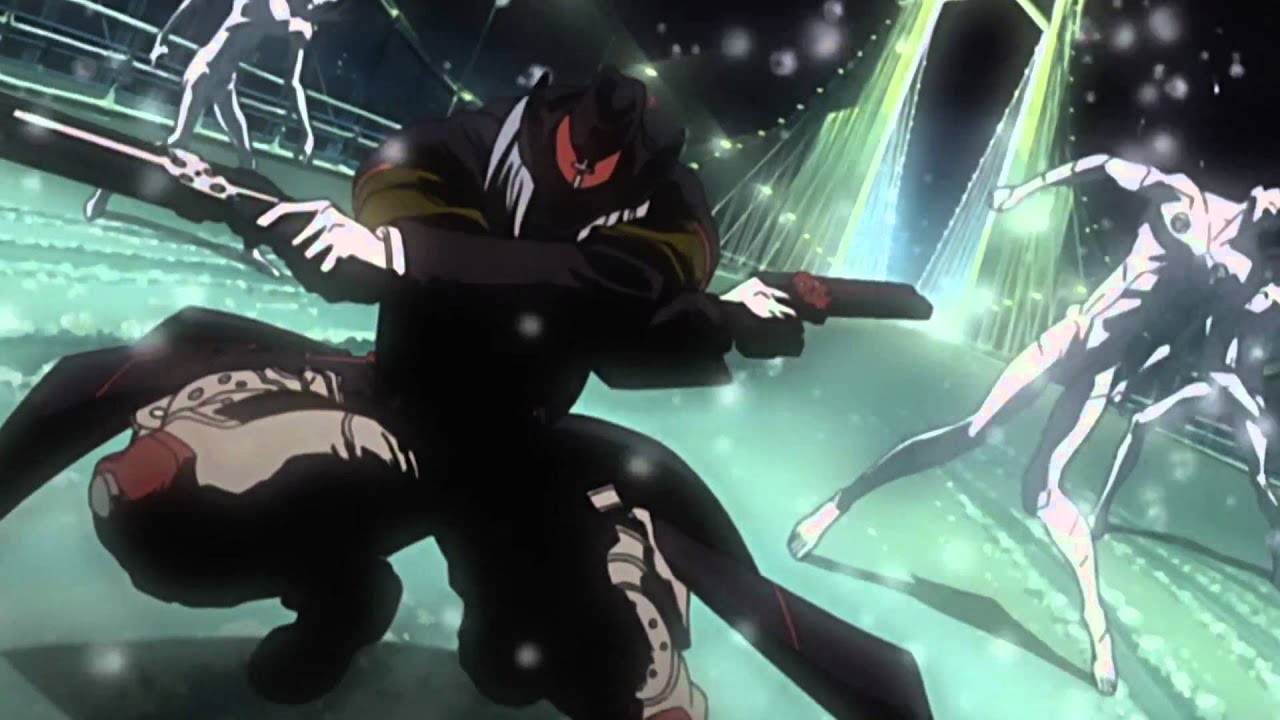 Brandon Heat and Harry MacDowel are two best friends who would do anything for one another. Their peaceful lives are torn apart when the infamous mafia syndicate Millennion comes to town and recruits them to low-level positions. Will they be able to retain their friendship as Harry tries to claw his way to the top? This anime deals with drugs, gang warfare, betrayal, and other themes that also define Banana Fish. You may have appreciated Banana Fish for its willingness to address the darker side of life, touching on issues of human experimentation, political conspiracies, and death. It’s a show that isn’t afraid to go there. Monster is also such an anime. It follows Dr. Tenma, who once risked his career to operate on a small child instead of a corrupt political official – but that child grew up to be a serial killer. Feeling responsible for this outcome, Tenma makes it his mission to track down and stop his former patient. 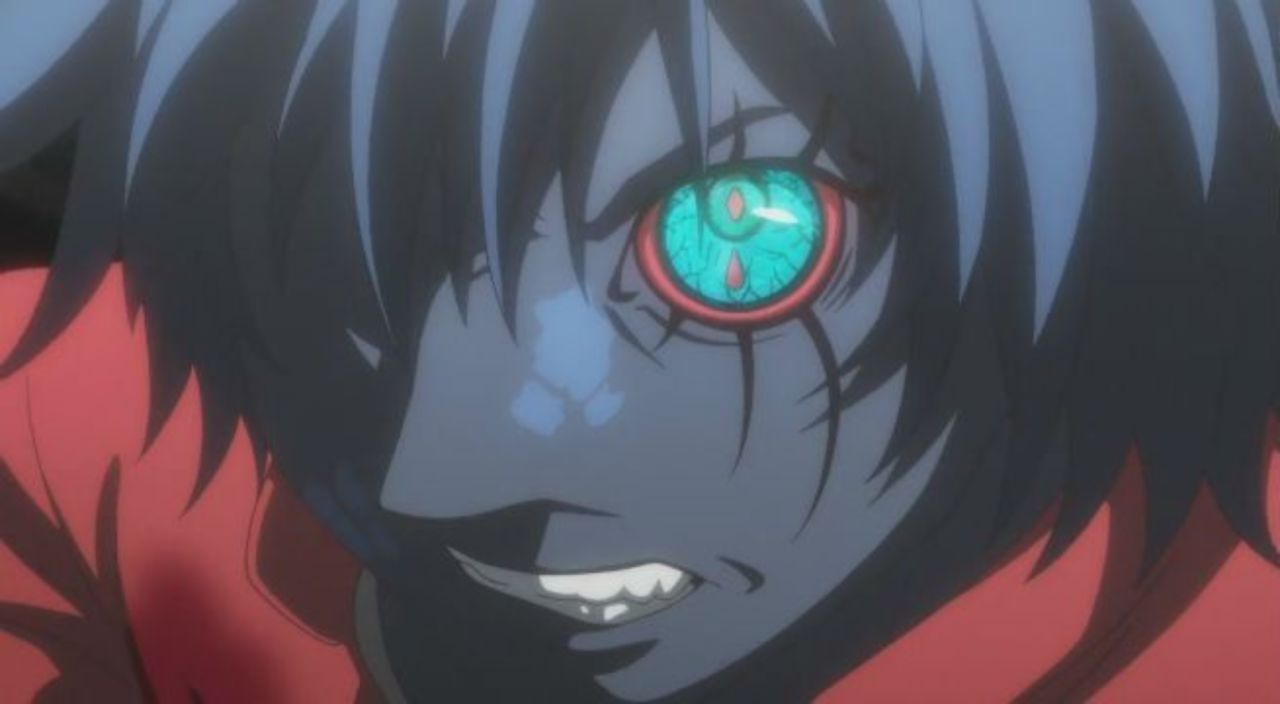 B: The Beginning is more of a straight detective story than Banana Fish is, so if you prefer your detectives front and center, it might be a good next watch. Both stories feature an emotionally complex character who is trying to solve a mystery related to the demise of their sibling. In Detective Keith Kazama Flick’s case, he’s searching for a manslayer named Killer B and trying to bring him to justice, Ash is looking for the man who shot his brother so that he can have his revenge. Also, both shows take place outside of Japan – Banana Fish is set in New York City, while B: The Beginning is set in Cremona.

Check out all anime merch here!

Ryuko Matoi is the main female character from the anime series Kill La Kill. Searching for her father’s killer who wields a blade identical to hers, she ends up enrolling at Honnōji Academy. A stubborn teen who has very little fears, she hunts tirelessly for the one with the purple scissor blade. Drawing power from...

Top 6 Cosplay Costumes of Beginning of 2019

You may need a cosplay costume not only for Halloween. You can wear a cosplay costume in completely different situations! Festival, party, shooting a video clip … and even a date. It depends on you! We present the 6 most popular anime costumes of early 2019. Choose your costume from cosplay collection and get a... 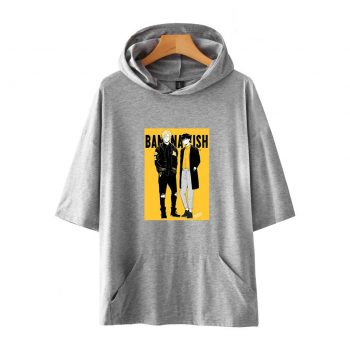 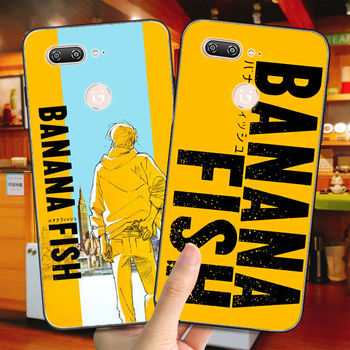